This month I’ll cover two subjects: a follow up of last month’s report, showing you the mobile homes now in their assigned locations on the EnterTRAINment Junction layout; and another preview of some more superb modeling, which will soon grace the layout in the Middle City.

The mobile homes are now located in the industrial area across the aisle from the Modern City (Figure 1).  The structure of beams at the right of the picture is the industrial-area end of the lift bridge that crosses the aisle.

The preview is of a new structure, a small foundry (Figure 2), where metal parts are cast in sand molds.  It’s called the “Hamilton Foundry,” established, so says the sign, in 1905. 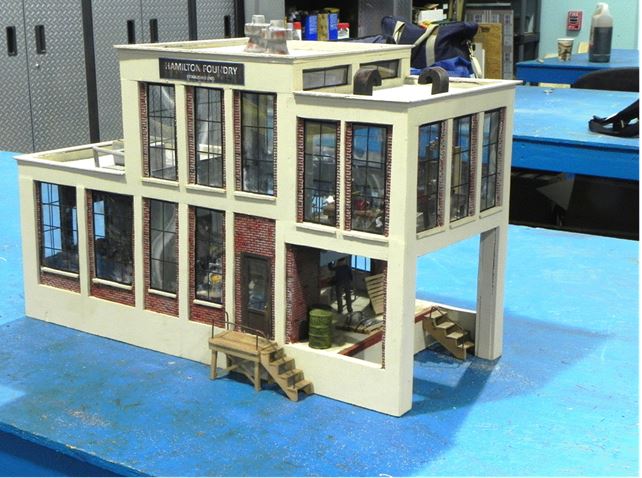 We’re fortunate enough to be able to get a look inside with the roof off and before it’s installed on the layout where it will be much more difficult to see the superb details inside.  Figure 3 provides an overview of the interior, which is composed of four rooms.  Not shown is a loading dock located below the room on the right of this picture.  Not modeled is the basement, which is hinted at by the stairs leading down at the lower right corner of the central room in this picture. 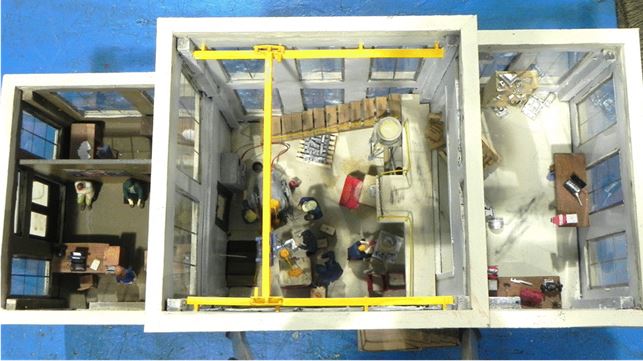 Figure 3 Interior of the Hamilton Foundry 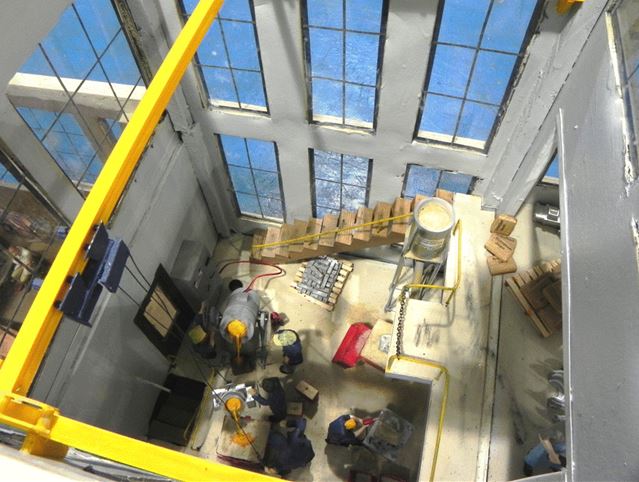 Figure 5 shows the workshop, where patterns, called “masters,” are stored.  These are used to put the part’s shape into the sand molds.  This is also the place where excess metal is cut or ground off the part before it is delivered to the customer. 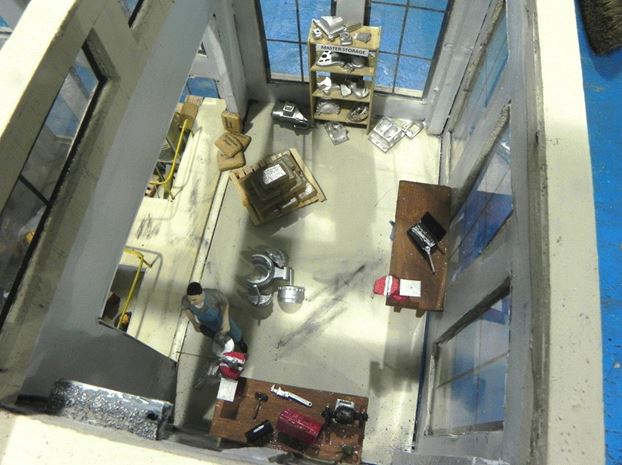 Finally, Figure 6 shows the two foundry offices.  The one on the left is for the bosses; the one on the right is for the secretary and the accounts manager.  Note the details shown in the blown-up views at the right: the old adding machine and rotary telephone; the filing cabinet with open file drawer; and the old manual typewriter and spiral-bound notepad with shorthand notes.  All are in keeping with the 1940s time period being modeled in Middle City. 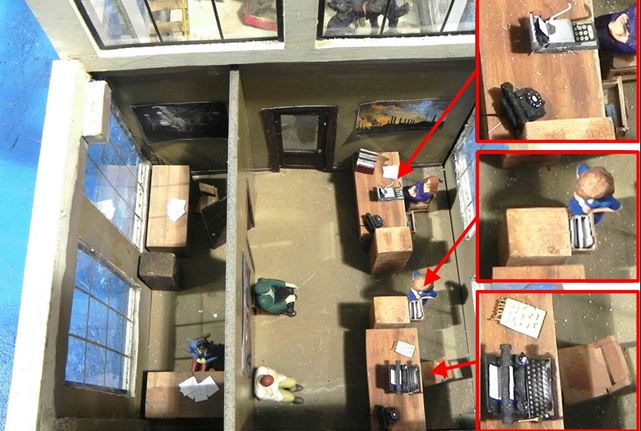 Another “Bravo!” for the volunteer who created this great model from scratch.  It’s a further example of the EJ volunteers’ expertise, attention to detail, and skill in creating models as outstanding as this one.

Look for the Hamilton Foundry in the Middle City the next time you visit.