One of our favorite fun facts here at the Junction is that we own a piece of music history! We have singer, Neil Young’s personal touring Lionel train display.  You can see a guest video of it here. 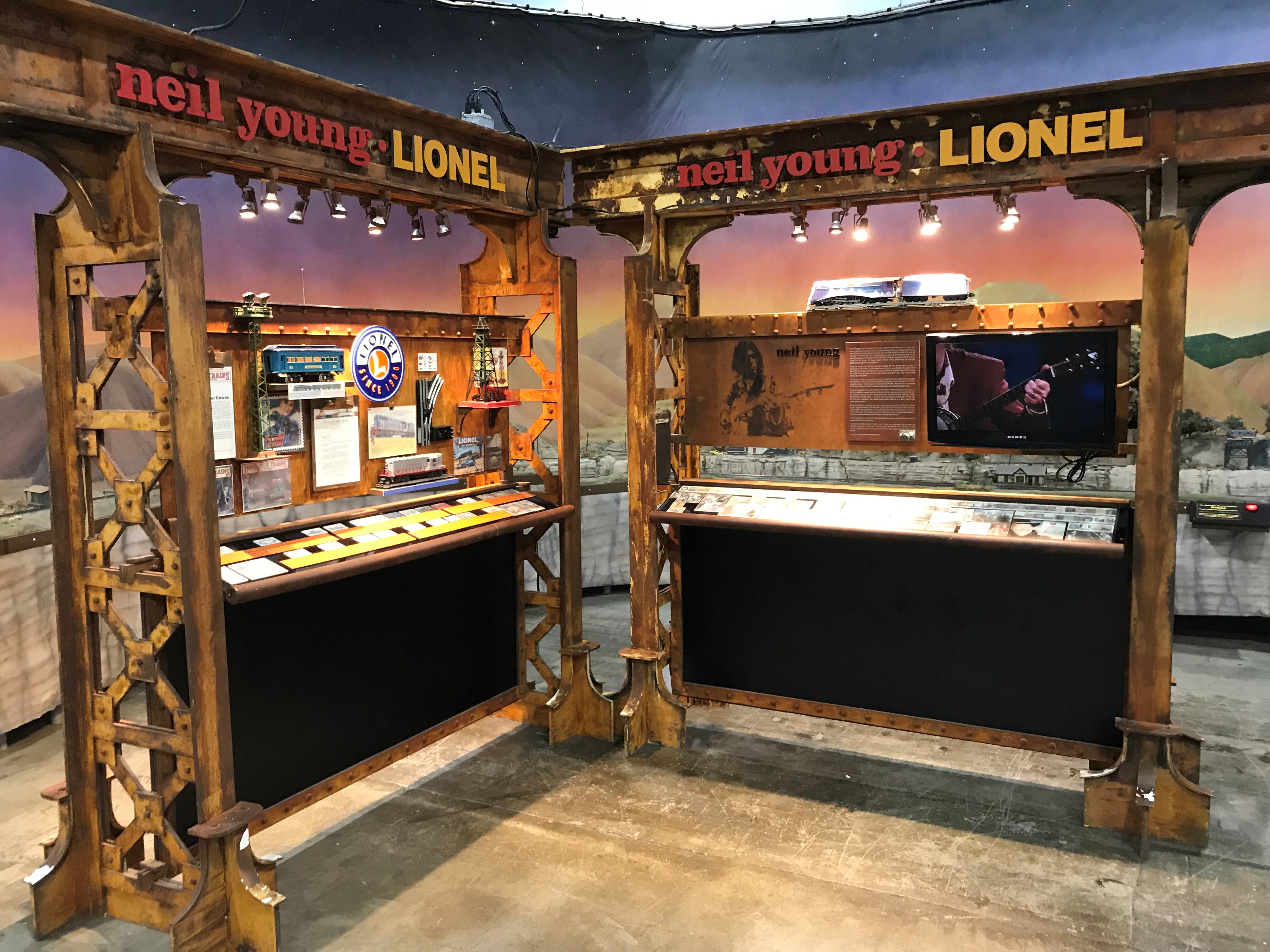 What most people don’t know is that Young was an avid model-train collector. (He even purchased part of Lionel using an investment group!)  Young’s sons suffered from cerebral palsy so the singer used model trains as a way to interact with them and share in a hobby together. He even developed special controls which allowed his sons to control switching and power using what’s called a paddle system. The boys were able to lean into the remote control to power the trains. You can see an example of this below:

Many of Young’s fans were unaware of his hobby, but during his 1997 H.O.R.D.E festival tour his fans got to see his other passion in life: model trains. Fans would wander into a tent and stand in awe at the train display that traveled around with the singer which was approximately 320 feet of track.

Another fun fact about Neil Young is the connection we have to him! John Kitterman, a name you might remember as being the builder of our Coney Island display, worked with Young during his touring days. Kitterman did a lot of Lionel projects with Young as well as build the train layout for the H.O.R.D.E. tour. (which we now have on display!) He was the tour bus driver during the CSNY tour and worked closely with Young and his crew.

We are so thankful to Young and Kitterman and are happy to share this piece of music history with the rest of our guests!