This is the final report in a four-part series of articles describing the work the EJ volunteers are doing to provide an interior for first floor of the Middle City’s Grand Hotel.  The previous articles dealt with the furniture, people, restaurant tableware, and the interior’s structural surroundings.  This article will show you what it looks like installed.

Figure 1 shows the hotel before and after the installation. 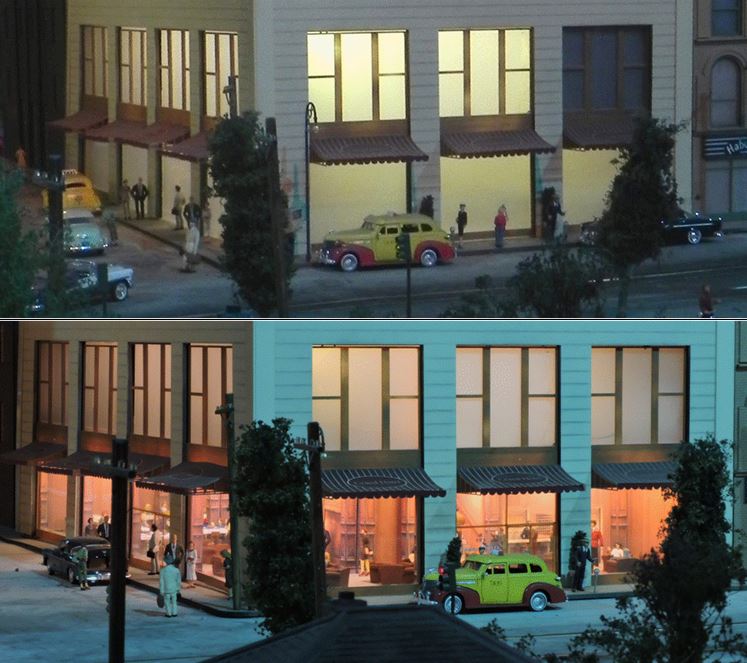 With the addition of a main entry door in the front of the building, it was appropriate that there should be a doorman in a fancy uniform.  He’s hailing a taxi for the waiting lady and gentleman (Figure 2).  Formerly hidden behind the taxi cab, the Navy WAVE and the girl delivering the sizable cake are now readily visible, the cab having been moved back up the street, just arriving in response the doorman’s hail (Figure 3). 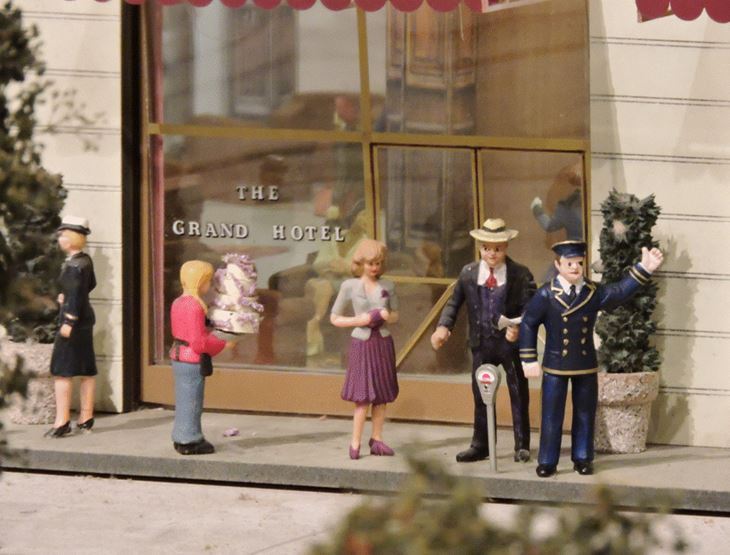 With the frosting removed from the first floor windows of the hotel and appropriate lighting added to the interior inserts, the interior details are readily visible, even at their 10+ foot distance (you do, however, need good eyesight, binoculars, or a camera with a good telephoto lens to see them well) (Figure 3). 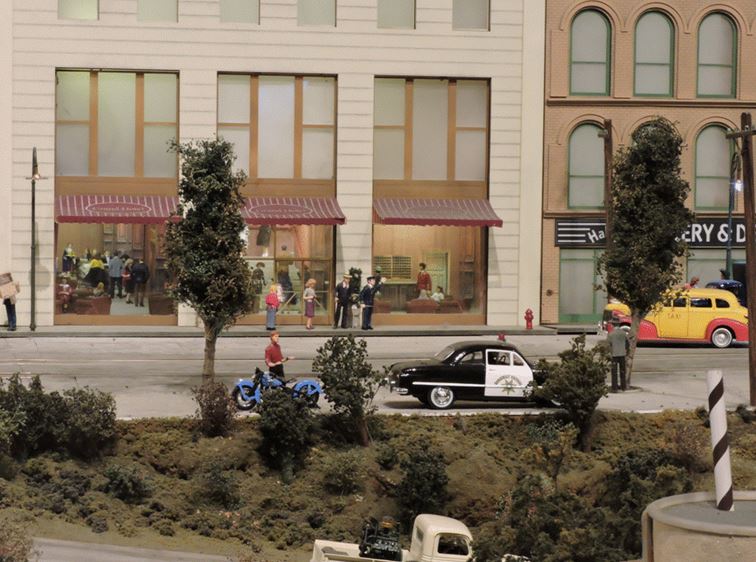 The interior seen from the side street is best viewed during the dusk lighting period on the EJ layout, when reflections on the windows don’t get in the way (Figure 4). 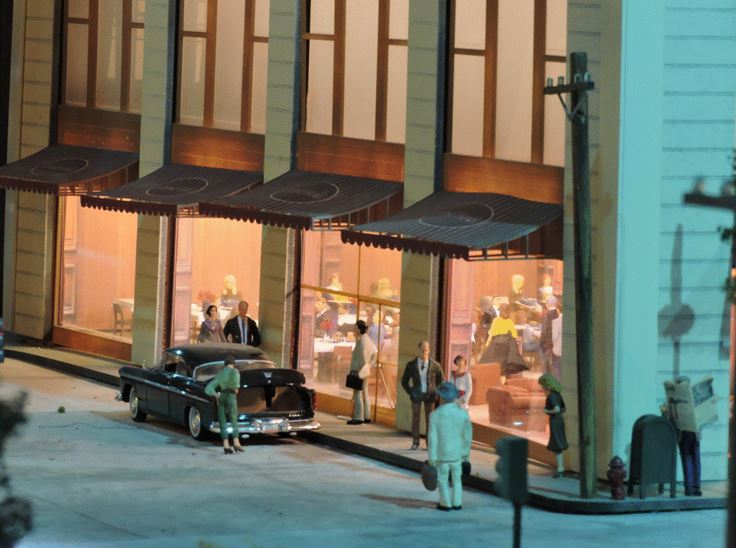 A trip for one of the volunteers back under the layout into the hotel to fix some other issues inside the Grand Hotel building provided an opportunity to get a literally “behind the scenes” look at the installation and photograph it from the interior point of view.  Figure 5 shows the main entrance and front lounge. 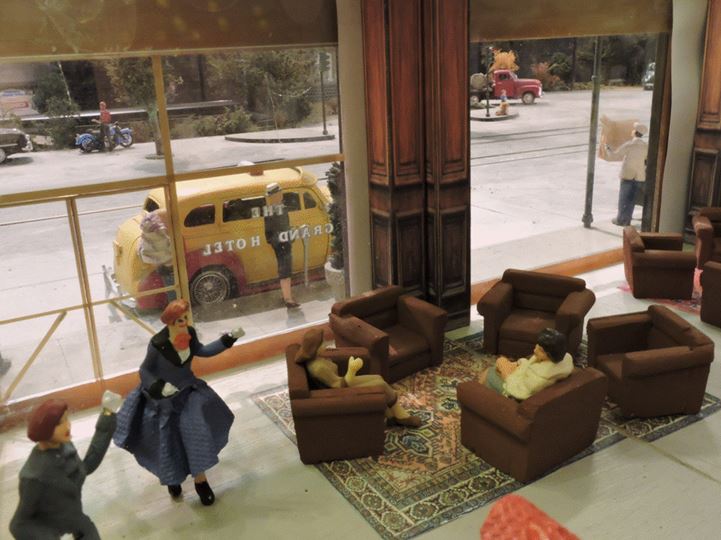 Figure 5.  The Main Entrance and Lounge from Inside

Figure 6 shows the side-street lounge and part of hotel restaurant. 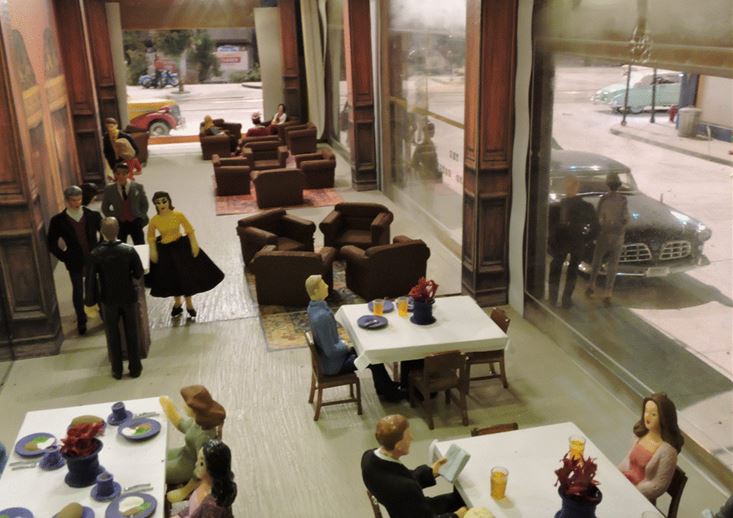 Though the new interior may violate the ten-foot-rule (Does it look good enough from ten feet away?) by including more detail than necessary for a scene viewed from more than ten feet away, the volunteers chose to add the extra detail to make this model consistent with the other superb modeling seen throughout the EJ layout.  Even if the added detail may not be seen and appreciated by most visitors, the volunteers know it’s there and have satisfied themselves that the job was done right.