This month’s report will look again at changes and additions that have been made to the EnterTRAINment Junction (EJ) layout.  As usual they will be described in the order in which you would see them as you proceed along the aisle through the layout.

The first new addition is a garden adjacent to the inn by the Union Army depot in the Early Period (Figure 1).  It includes sunflowers, tomato plants, and other vegetables, with the produce likely destined for the dining table at the inn.

Across the aisle from the town on Riverbend is a new Western Union telegraph office (Figure 2) adjacent to the Kennedy General Store.  It provided what in the Early Period was the primary means of nationwide communications available before the invention of the telephone. 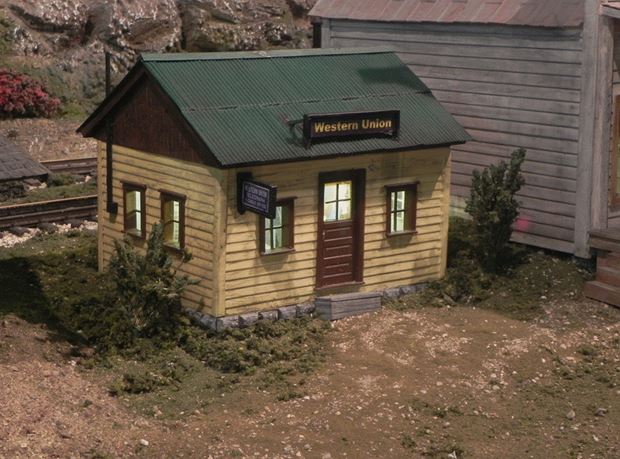 At the north end of the town of Riverbend, there’s a new print shop (Figure 3) complete with lighting and a detailed interior, including the printing press. 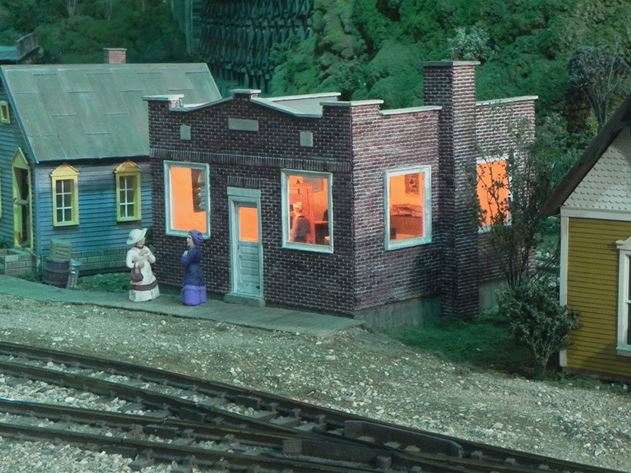 In the Middle City, there’s a new advertising sign on top of one of the buildings (Figure 4).  It’s best seen from in front of Union Station looking up to the left.  The Coke bottle rotates and the word “Enjoy” flashes bright to dim to bright to get your attention. 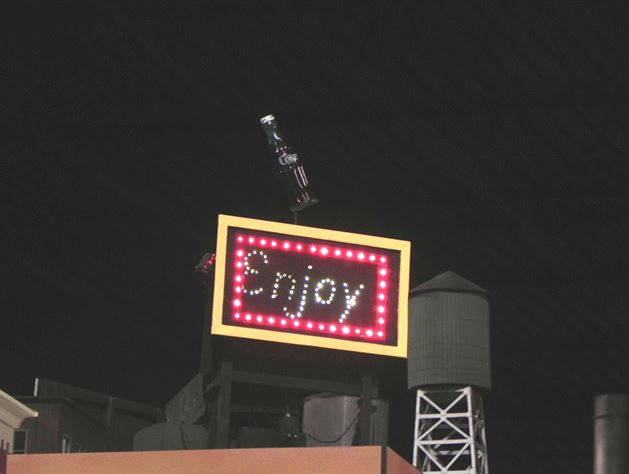 In recognition of Halloween, during the month of October, a Halloween party (Figure 5) was added to the left of the housing area adjacent to the city side of the Modern City’s lift bridge.  This was new in 2014, augmenting the usual Halloween decorations on the houses, in the graveyard, and at the haunted schoolhouse. 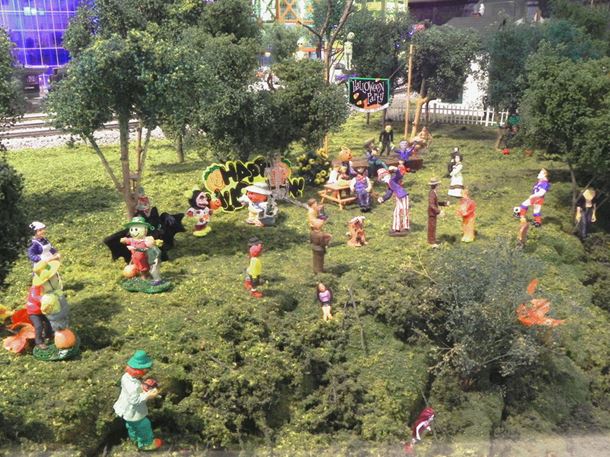 After Halloween, the decorations in the Modern City were changed to celebrate Christmas.  The Halloween party was replaced by a skating rink (Figure 6), complete with Christmas tree and a visit from Santa Claus.  This was in a new location in 2014, augmenting the usual Christmas decorations gracing the houses and the nearby church. 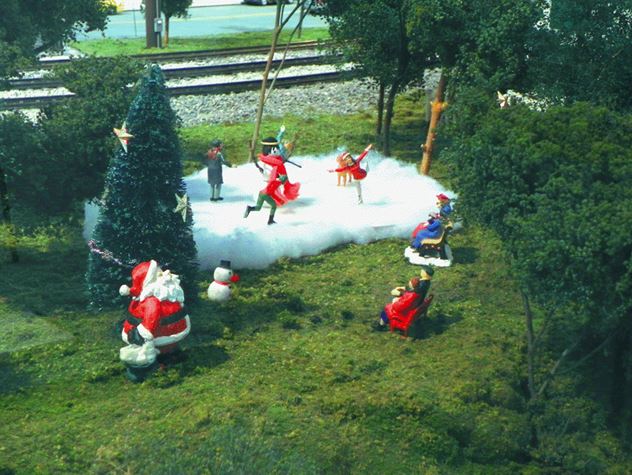 After Halloween, EJ transforms to the celebration of Christmas, lasting until after New Year’s Day.  This includes the changes to the big layout, a special additional snow scene railroad layout in the EJ Display Area, and the Christmas Journey, which gives you a tour through Santa’s house, Mrs. Claus’s kitchen (complete with cookies), and a visit to Santa.