This month we’ll look at recent changes to the EnterTRAINment Junction (EJ) layout.  As usual, we’ll see them in the order in which you would see them as you followed the aisle through the layout.

The first change to report is the recent update to the lighting in Middle City Greyhound Bus Depot and the Taylor Mercantile Company building behind it (Figure 1).

The next addition is the pair of cross bucks, each with warning lights (Figure 2) at the grade crossing near the soda stand and diner, across the aisle from the big locomotive wheels.  The lights work and the bell sounds whenever there is any traffic on the three tracks.  These, like the ones in the Modern City, are computer controlled to give advance warning of an approaching train on any of the three tracks and to continue the flashing lights and bell until all trains going through the crossing have completely passed.  The sensors and computer logic are similar to those used for the crossing gates in the Modern City. 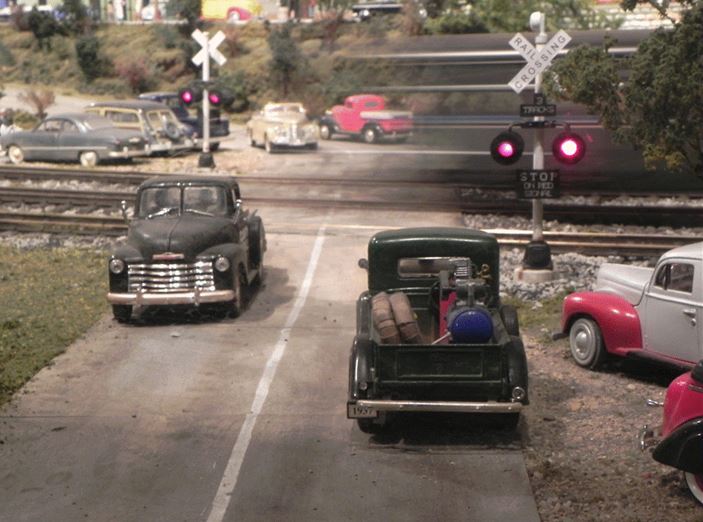 In the Middle Period engine servicing facility, a new sanding station has been installed next to the diesel repair shed (Figure 3). 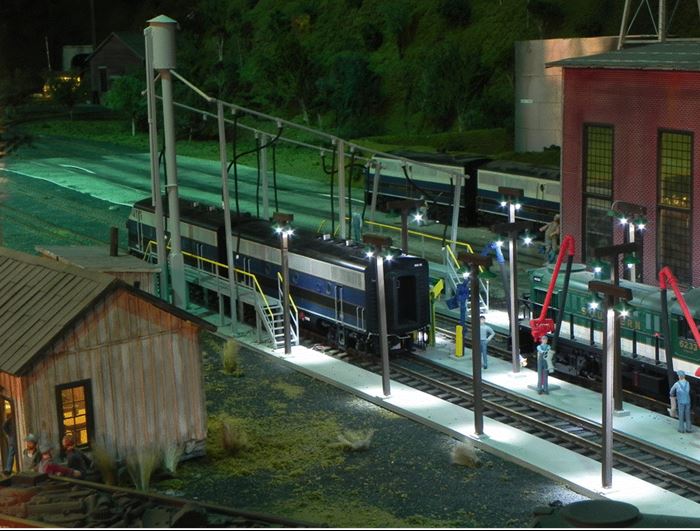 Also, a diesel fuel station has been installed next to the sanding station (Figure 4).  It’s well lit and manned, and locomotives regularly stop by to be serviced. 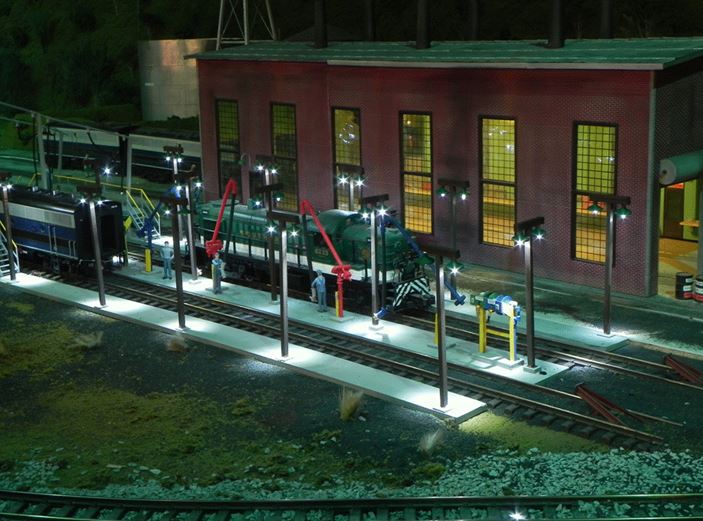 In the Modern Period portion of the layout, you’ll see a newly painted locomotive, sporting blue and gray “EnterTRAINment Junction” livery, with the EJLX identifier (Figure 5).  In this photo it was pulling a train on one of the main lines around the Modern City. 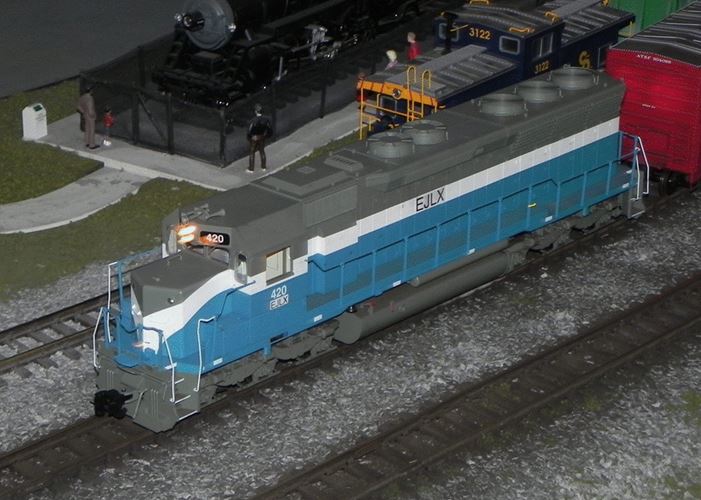 While these are not grandiose changes, they do represent the continuing efforts by the volunteers to improve the layout by whatever incremental changes it takes to make the layout better.