This month we’ll look at the details of a feature recently added to the EnterTRAINment Junction (EJ) layout in the area of the Middle Period engine servicing facility.  This area has always been visited by an interurban car from the Middle Period city; however, there was no way for passengers to get to and from it reasonably.  After all, climbing up and down that steep hill behind the facility up to and down from the interurban track would have challenged even the hardiest of passengers.  So, not to worry, a team of EJ’s intrepid volunteers took a lesson from Cincinnati’s Mount Adams Incline (an HO model of which you can see in EJ’s display area).  They added an inclined railway to provide the needed service (Figure 1). 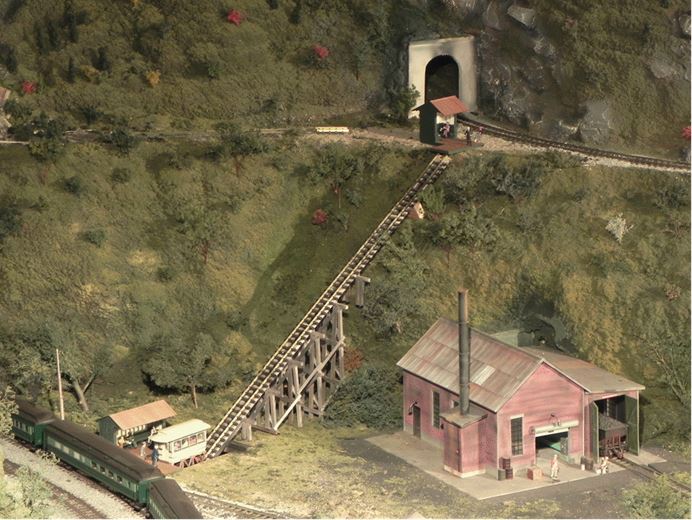 The car carrying passengers up and down the incline needed to have level spaces for the passenger to sit, so the car was supported by an angled framework (Figure 2) which kept it level in its up and down journey. 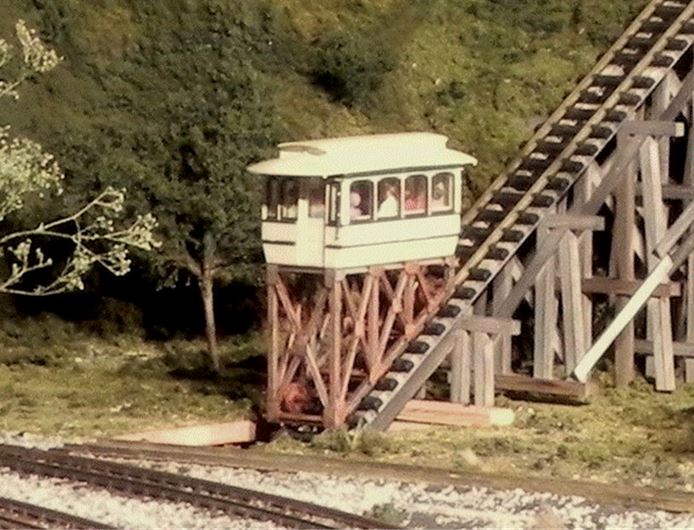 However, the framework, if it stopped where it’s shown in Figure 2, would have raised the car too high above ground at the lower station making it hard for passengers to get on and off.  So, a hole was “dug” taking the framework below ground level and allowing the car to stop at the ground-level platform (Figure 3).  While a bit austere, the station at the bottom does come with a roof, benches, and lighting so that late or early workers have some comforts as they wait to ride. 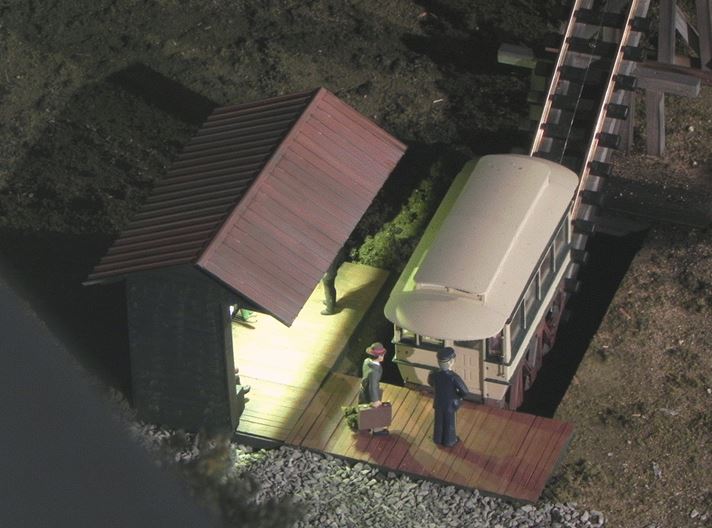 Similarly, the station at the top also features the same amenities (Figure 4).  Here, of course, there is no problem with the framework, other than making sure the car on top of it stops level with the platform. 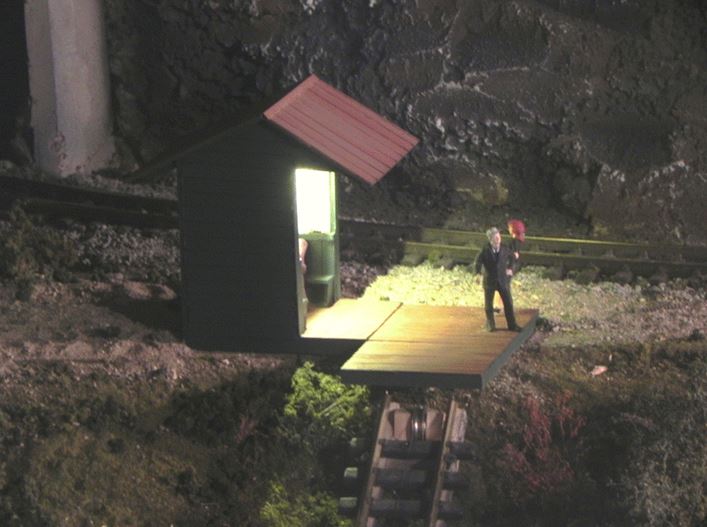 Hopefully, in the not too distant future, the incline will be animated, allowing EJ visitors to see it at work, and the interurban will actually stop at the upper station to let its passengers on and off.