This month we’ll look at some artworks recently added to the EnterTRAINment Junction (EJ) layout.  Contrary to our normal order, they’ll be shown in reverse order, starting nearest the layout exit and proceeding back along the aisle to the Modern City.

This type of artwork is part of modern culture, quite common in today’s world, even if it is undesirable and illegal.  It would not have appeared in such grand scale in the earlier periods, and so appears on the layout only in the Modern Period.  Large graffiti, some of it quite artistic, was made possible by the current ready availability of spray paints, which made the job much quicker than brush painting, and reduced the artists’ chances of getting caught.

The first of the “graffitied” cars on the EJ layout shown here is an auto transporter, located in the Modern Yard (Figure 1).  I’m not creative enough to decipher the message.  If you can translate it, let me know what it says. 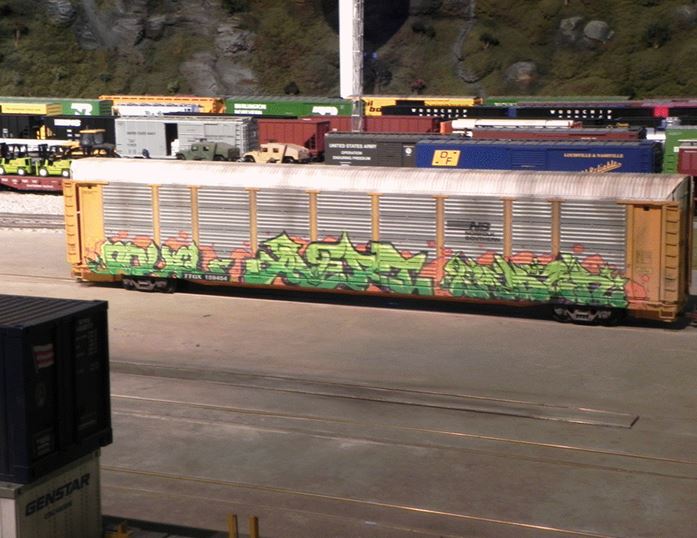 Figure 1.  Graffiti on a Freight Car in the Modern Yard

Figure 2.  Graffiti on a Boxcar at the Plastics Factory

The third is a hopper car on a siding in the industrial area across the aisle from the Modern City (Figure 3).  This one is modeled as a work still in progress, with the artist still on scene. 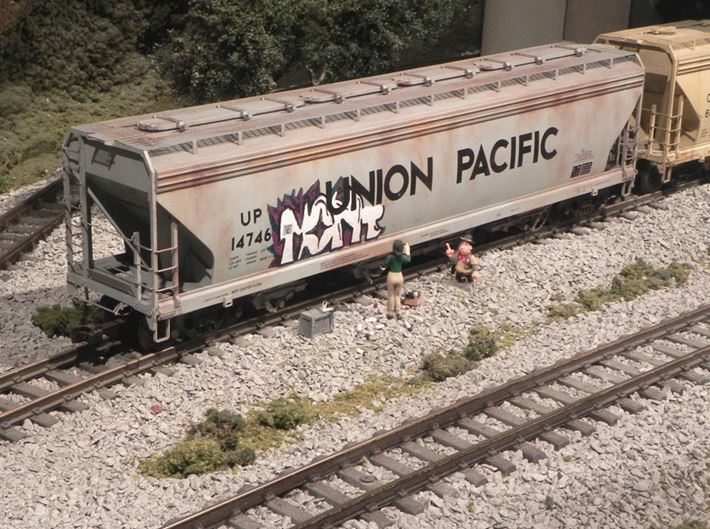 The scene includes some expected details in addition to the artist, like the used-up spray cans littering the area, the crate used as a step stool to extend the artist’s reach, and the supply of paints in the cardboard box (Figure 4).  But, there’s also something special about this scene.  The artist’s green shirt is the color of those worn by EJ employees.  And, in fact, that’s what it represents.  The artist who painted all three of the cars shown in this article is an EJ employee, and she has experience painting large art works in full scale.  This scene pays tribute to her creativity and artistic talent. 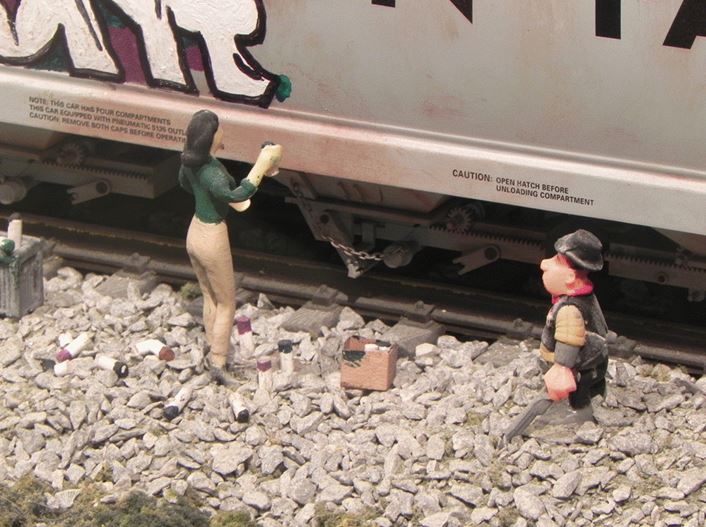 But, of course, there’s still more to the scene: the little man with the badge and the gun (Figure 5).  Is he the police, ready to haul our artist off to jail?  Is the raised index finger part of the lecture about how bad it is to deface private property?

Perhaps not.  The gun is pointed down and away; and, if you look closely, you’ll see that there’s a smile on his face.  Maybe that index finger is emphasizing some advice from a graffiti aficionado.  You can decide for yourselves what you think the story is.
So, we have another example of the EJ layout’s strong points: art, great modeling, and a story to ponder.  Enjoy!