I’m taking a totally different tack in this article by describing one of the special events held at EnterTRAINment Junction (EJ) recently.  The event was a recurring annual event, the Model Engineering Show, which EJ, its volunteers, their friends, and local hobbyists provide free of charge for EJ visitors.  The most recent occurrence of this event was held on the 10th and 11th of Mar 2012.  The primary location for the show was in the display area between the volunteers’ work area and the Modern City part of the EJ layout.  Additional displays of one-sixth scale items and figures were available in the entry area in front of EJ’s gift shop and hobby shop.

You may wonder what would be displayed at such a show.  The simple answer: grown-up’s toys, mostly (but not all, as you will see) miniatures of real-world full-scale items which required some significant engineering produce in full size and required similar as well as some very specialized types of engineering to get them translated into miniature.  The fascination with these kinds of “toys” is part and parcel of the interest many of us model railroad enthusiasts have in mechanical devices both large and small.

What I’ll present here is a small sampling of the wide variety of items that were on display.  The first was on view outside.  It was the only “full size” item: a steam-powered launch (Figure 1), beautifully finished and maintained, and obviously too large for the indoor pool set up in the display area for some of the model boats. 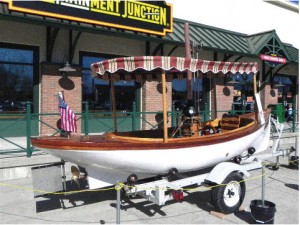 Inside, and at the other end of the modeling scale spectrum, there were a number museum-quality ship models.  One of these, shown in Figure 2, is of the New England whaling ship, the “Charles W. Morgan.”  All were built by one of EJ’s premier modelers for his own collection. 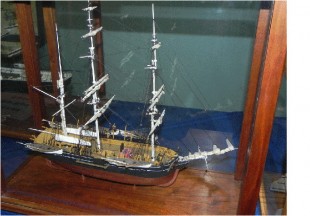 Figure 3 shows a completely different type of model, a functioning miniature liquid-cooled V-4 automotive style engine.  It had its own radiator, cooling fan, spark plugs, carburetor and air filter.  It was actually running when this photo was taken, though the short duration of the flash doesn’t make the motion visible.  It was noisy, but, surprisingly, not deafening. 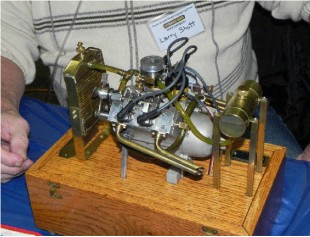 There were many boats on display, mostly powered and radio controlled, some powered by live steam engines.  Figure 4 shows one of the electrically powered models, a stern wheel paddle-wheeler.  It’s being operated by radio control in the temporary pool built specially for this show by one of the EJ volunteers. 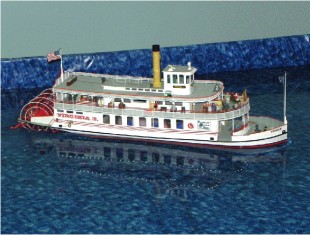 No engineering show, especially one at EJ, would be complete without some trains.  The most notable were in the display shown in Figure 5: of some very impressive larger-than-G-gauge live steam and internal combustion-powered locomotives.  Also the Cincinnati Cinder-Snifers club members had their live steam layout set up and operating with G-gauge trains pulled by operating live steam locomotives. 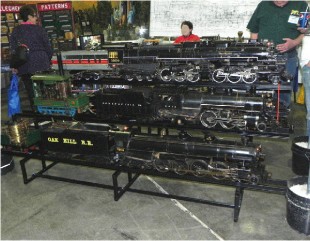 Not to be outdone by all of the ground-based and water-borne models, aviation modeling was amply represented by a collection of radio controlled model helicopters.  The most impressive was a one-sixth scale model of a Bell 430 helicopter, a real beauty (Figure 6).  The scale pilot in the cockpit is one of the large GI-Joe type figurines.  The real pilot is shown, partially, at the right. 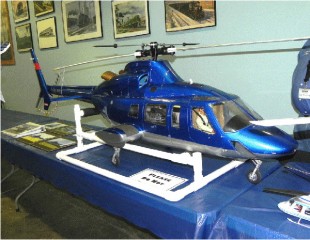 While this is not a continuing display at EJ, it does represent an opportunity to see impressive models and talk to the people who make and operate them.  It’s just another fun aspect of the EJ’s philosophy of providing interesting and fun opportunities to draw in both new and repeat customers and share with them the hobbies that interest many of us, be they railroading or some of the other form of modeling enjoyment.

How do you find out about such events at EJ?  The best ways are to regularly check the EJ website or to sign up for their monthly newsletter.  Click the “Calendar of Events” button near the top of the home page.  You can get the newsletter by using the “Subscribe to our eNewsletter” function in the lower right portion of the EJ website’s home page (https://www.entertrainmentjunction.com/).

An example of an upcoming event is the Dollhouse Miniature Show & Sale on April 14, 2012.  Check it out.