In this installment we’ll look at some of the recent changes to the Modern City.  As usual, the descriptions mostly follow the order in which you would see the described items as you follow the aisle in sequence from entrance to exit.

As you exit the tunnel from the Middle Period, the first thing you’ll notice on the layout is a steel girder road bridge leading into the city (Figure 1).  Though it ends at the plexiglass barrier, the viewer must assume that it continues beyond the edge of the layout. 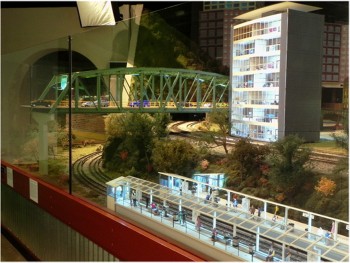 Figure 1.  The Bridge Into the City

The office building next to the bridge is new, and the volunteers have been working hard making all of the office furnishings, installing them, and populating each of the offices with appropriate figures of office workers (Figure 2).  It does appear, however, that not all the workers are interested in their jobs (upper right). 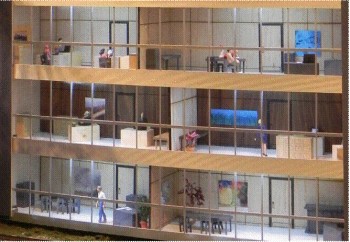 The main boulevard, with its elevated boardwalk has sprouted some trees and all are decorated with lights as is the boardwalk itself (Figure 3). 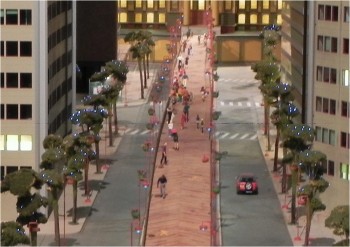 Figure 3.  The Boardwalk and Street with Lights

One of the features from the old configuration of the city has returned, though now it could take on the name “the Chameleon Building,” because its reflective surface mirrors its surroundings (Figure 4, note the reflection of the “Exit” sign), making it difficult to distinguish as a separate building.  As before it again reflects the dome of its neighboring building.

No modern city would be complete without a strip mall.  This one has a bakery shop, a restaurant, and a Laundromat, all wonderfully detailed and lit (Figure 5). 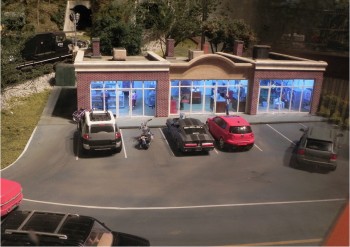 Finally, to allow vehicle traffic another access route, a new road has been added, which runs past the skytower and again exits the layout at the plexiglass barrier (Figure 6). 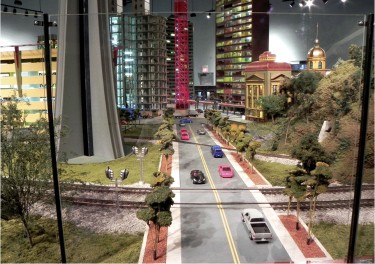 Figure 6.  Road Out of Town by the Skytower

So ends our tour for this time.  More to come.