This month’s article shows you some new additions to the EnterTRAINment Junction (EJ) layout. The order is as you would encounter them as you walk the aisle through the layout.
In the area of the Middle Period Engine Servicing Facility across the tracks from the train station is a newly added gas station and liquid refreshment store (Figure 1). The convertible is a 1955 Oldsmobile 88. 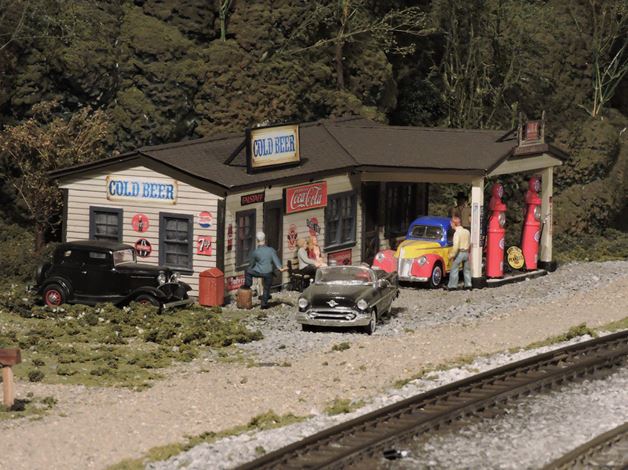 Figure 2 shows some new maintenance facility sheds adjacent to the station across the tracks from the gas station in Figure 1. 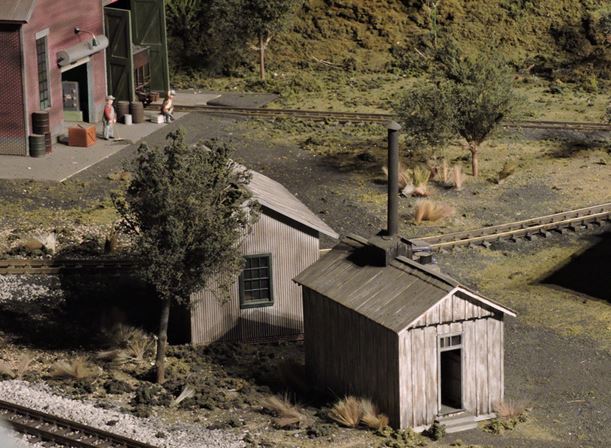 The snowplow and the apprentice burying the evidence of his mistake have been moved from their previous location next to the roundhouse to a more prominent location on the aisle side of the turntable pit (Figure 3). 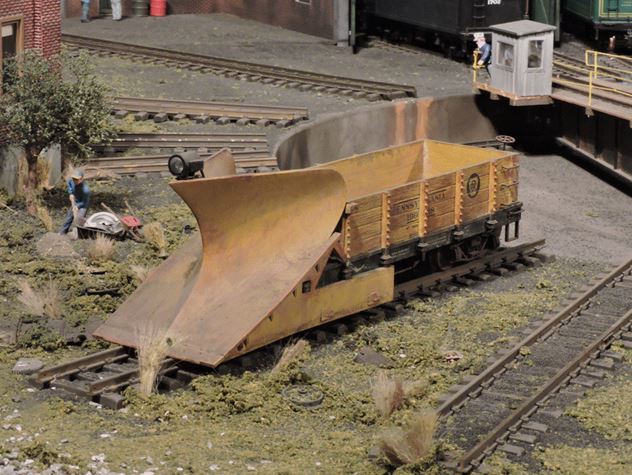 A Lowe’s delivery truck, complete with its forklift unloader, has been added to the bridge leading into the Modern City (Figure 4). This is one example of the advertising opportunities provided to EJ sponsors. 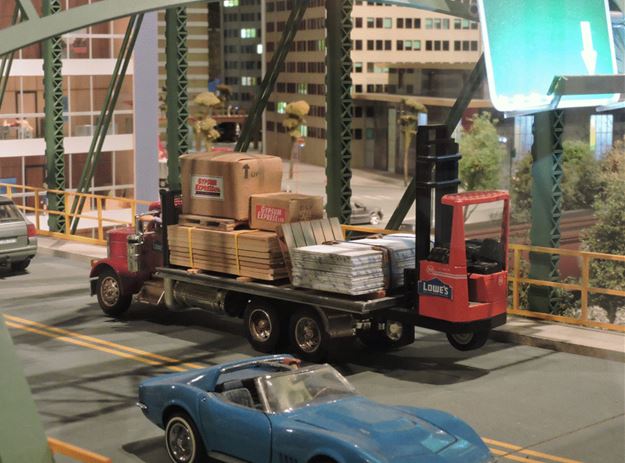 New “Can You Find” signs have been added throughout the layout, replacing the previously used paper sheets which were provided to EJ customers. The elimination of the paper should help prevent such sheets and the associated pencils from finding their way onto the layout. Figure 5 shows the Modern City’s sign, which is adjacent to the main subway station. 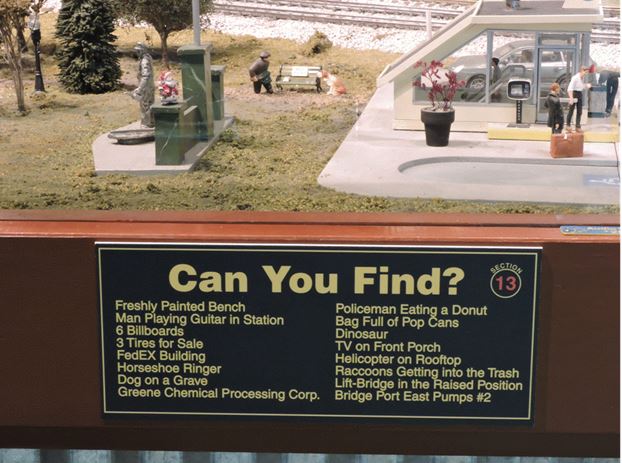 Some additional ways of generating income for EJ is to have advertisements for EJ sponsor businesses on the model billboards in the Modern City (Figure 6). 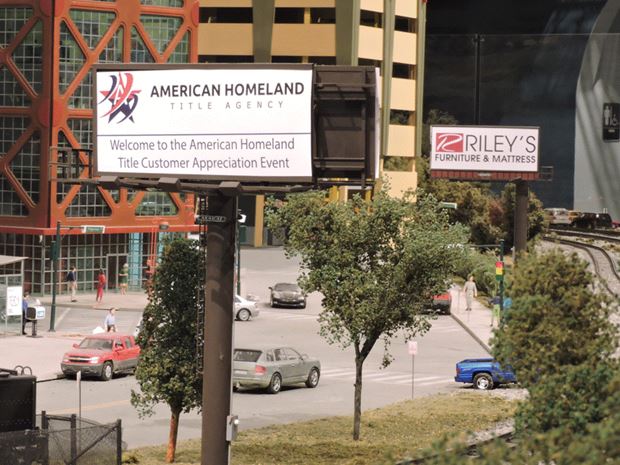 While these changes are not as grandiose as the addition of the Coney Island model, they do represent the continuing improvements that are being made to the layout to make it better, more realistic, and more interesting to the EJ customers. They provide another reason for repeat visits. Come to see it for the first time, then come again to study in more detail some of the scenes you’ve already seen, maybe to notice what you may have missed the previous time, and also to look for what’s new since your last visit.