This month’s article about the work of modeling the interior of the EnterTRAINment Junction (EJ) layout’s Elwood Grill is about putting all the details together into modules that can be easily installed, fully assembled and outfitted with the necessary details, into its Middle City building.
As the details were being applied to the modules, we noticed that the cook needed something to work on, and breakfast seemed a good choice.  Eggs and pancakes were the order of the moment (Figure 1).  The pancakes were punched out of a piece of cardboard, painted beige and then dry-brush dappled on top with a toasty light brown color.  The frying pan was once a tack with a 3/8” head.  The central pin was removed, the head was flattened slightly, a wire handle was bent and soldered on, silver paint was applied all over, lumps of glue were added to give the eggs some height, and a bit of white and yellow paint was added to finish the eggs sunny-side up. 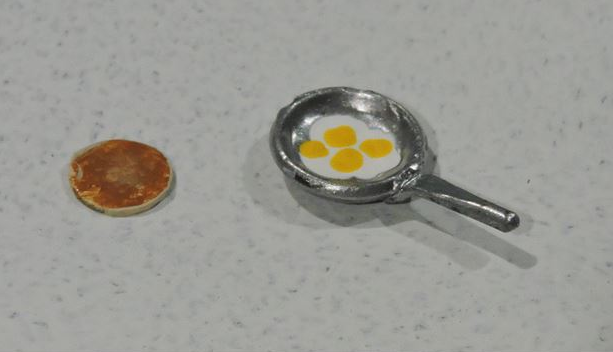 Details of the cooking counter are shown in Figure 2.  Cupboards for dishes, pies, and pastries are mounted to the wall.  A cutting board, four flavor-dispensers for milk shakes and sundaes, the milk shake machine and its mixing cups, and the supply of coffee in its spherical glass pots heating on burners were all positioned on the cooking counter.  The two soda dispensers are at the customer counter, where they’re conveniently at hand for providing drinks to thirsty customers.  And, of course, the customer counter needed sets of condiments, napkins, and access to the jukebox music, the same as those on the tables in the booths. 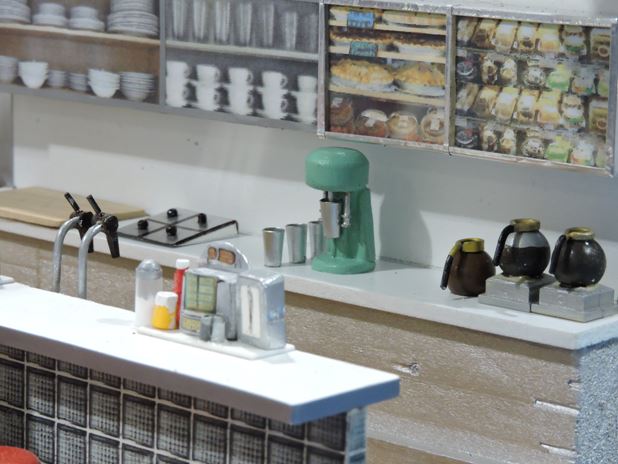 Figure 2.  The Counters
Figure 3 shows the cook in the act of flipping a pancake.  The eggs are in the pan on the stove, an extra pan is waiting to service the next order, and plates are waiting on the cutting board for the meals to be assembled.  Few details were added to the cabinets below the cooking counter, because they would not be visible to EJ customers. 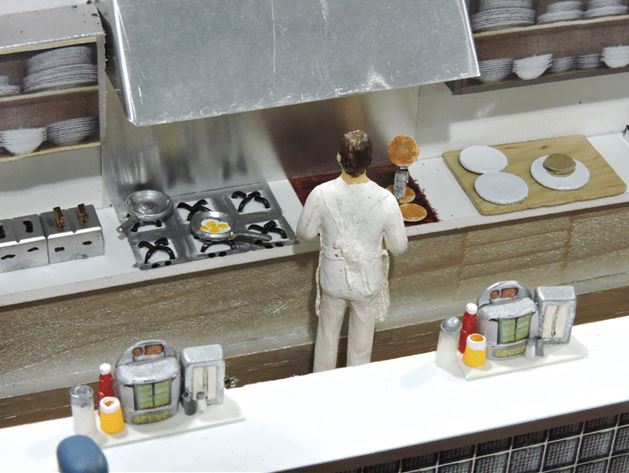 Figure 3.  The Cook
The waitress is the central figure in the front part of the diner, balancing her tray of sodas and ready to serve coffee to the ever thirsty customers (Figure 4). 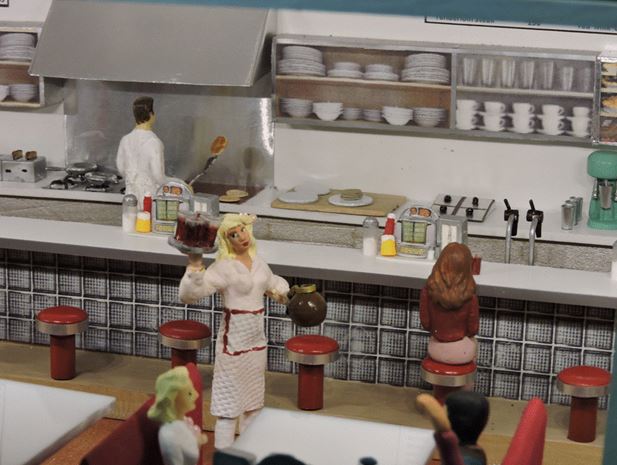 Figure 4.  The Waitress
The cashier is located conveniently by the doors to the diner, to better serve the customers when they’re finished and ready to leave (Figure 5).  The jukebox’s imposing presence is positioned at the end of the customer counter, a location chosen more to make it visible to EJ visitors than to represent a convenient accessible location for the diner’s customers. 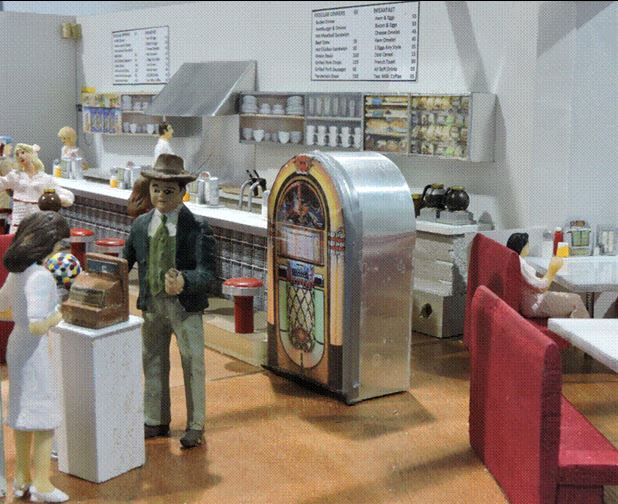 Figure 5.  The Cashier and the Jukebox

Figure 6 provides two views of the Elwood Grill’s interior which will not be available after it is installed in the building.  The interior is made up of two modules with the split running from the bend in the back wall across to the front windowed wall just beyond the last booth in the front section of the diner.  The seam can be seen on the floor at the end of the customer counter where the floor color changes slightly.  The beams in the upper right corner of the top picture and the columns at the left in the bottom picture (which supported those beams) were needed to hold the ceiling panels in place.  The panels covered the top of the modules and also supported the lighting for the interior. 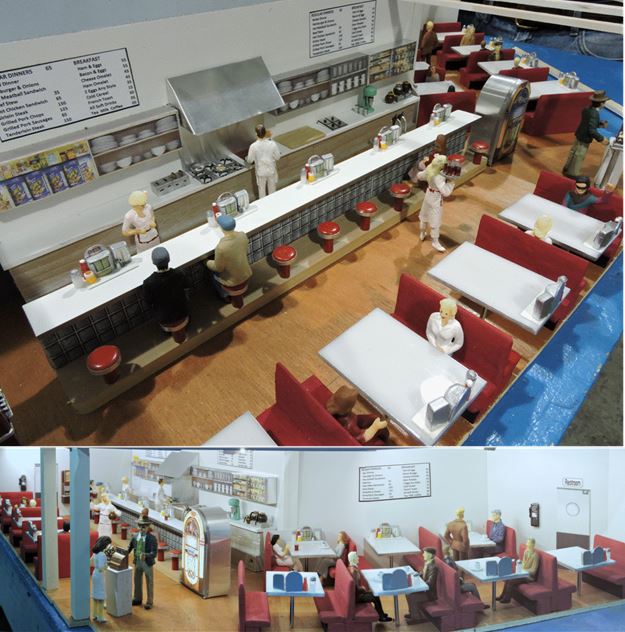 The modules have already been installed.  You’ll have to wait until next month’s article to see how it looks; or, better yet, go visit EJ to see it for yourselves (take binoculars).