At EnterTRAINment Junction, entertainment on top of the exciting things happening for our guests we have a lot of behind the scenes excitement! Here are 10 things you don’t know about us!
1. Our owner, Don Oeters, his daughter, Michelle Oeters and cousin, Calvin Oeters all work together here. 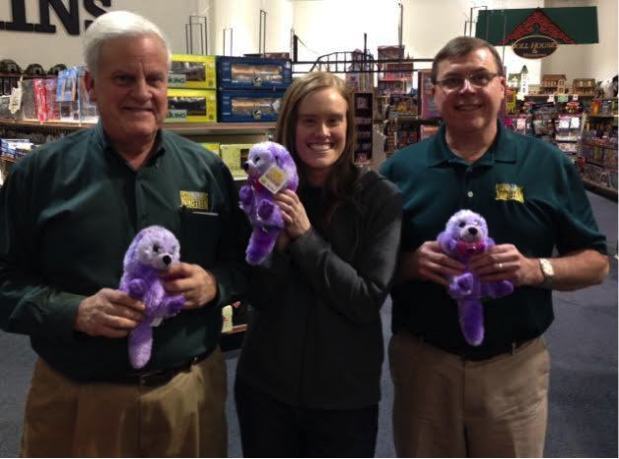 2. The longest any guests have stayed going through our train display is 7.5 hours, they drove 2,000 miles to get here from Mesa, Arizona! 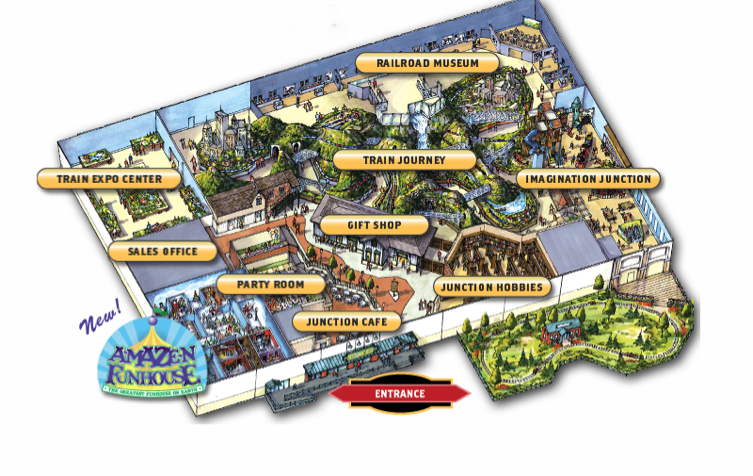 3. Our concept designer, Bruce Robinson and associates, also designed many of the Ripley’s Believe it or Not! museums, Harley Davidson museum , and The Titanic museum,  along with multiple Six Flags Attractions and Kings Island’s Hannah Barbara Land, just to name a few!
4. 9 of our 13 senior staff members were Kings Island Managers and employees. 7 of our part time staff still currently work there!
5. The name “EnterTRAINment” was conceived by Don while waiting on a delayed flight in an airport by repeating “entertainment” and “train” repeatedly, since those were the two things he wanted his new company to revolve around.

6. Our Volunteers have created 7 figures of our employees and placed them in the layout. Have you found any of us?

7. We call us as employees the “JFam”, you can find this featured in some of the graffiti by an employee on a boxcar in the modern city!

8. Have you seen Neil Young’s Traveling Lionel Layout Display, in our Expo Center? Neil Young is an avid train fan and actually owns part of Lionel Trains.  John Kitterman (builder of the Coney Island coasters, among many other things on the layout) was Neil’s tour bus driver, and helped him build the display. When they stopped taking it on tour it was supposed to go to the Rock And Roll Hall of fame, but John convinced him otherwise!
9. If you walk around the foot path of the layout 7 times, you’ve walked one mile!
10. We have our own YouTube Series called Tiny Ted , staring our very own GM! Be sure to check it out for lots of hilarious train adventures!
Share Tweet Pin It